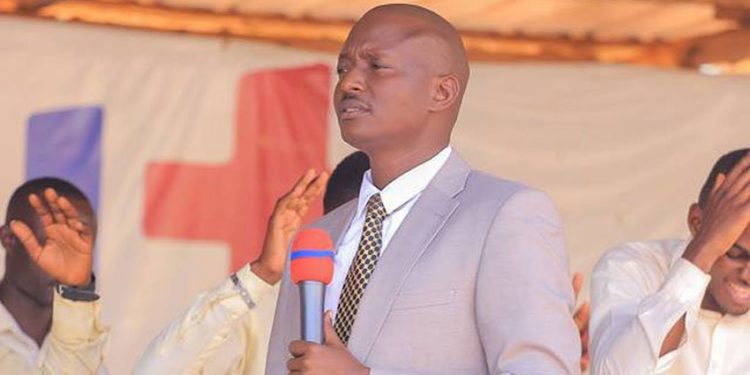 House of Prayer Ministries Pastor Aloysius Bujingo has joined a section of the public in condemning the act of former Archbishop of Church of Uganda His Grace Stanley Ntagali cheating on his wife with a married woman.

Bunjigo disclosed that for long he has been on knees praying to God to expose the dirty secrets of Ntagali as he always involved himself in his (Bujingo) affairs. He said that finally God answered his prayers.

Furious Bujingo labelled Ntangali a disgrace to society who doesn’t practice what he preaches.

“I think he has even enjoyed many of other people’s women. An investigation should be started into the matter,” Bujingo said

The pastor said that the former Archbishop should even be banned from attending public functions.

Bujingo and Ntangali have in the recent past engaged in sizzling verbal exchanges. The most recent are when Pastor Bujingo set bibles on fire which he claimed were misleading the people of God. Archbishop Ntagali reacted on the matter by condemning the action as his called for his arrest.

The second exchange happened when Bishop Stanley Ntagali reacted once again by condemning Bujingo’s action of publically exposing his family affairs after the Pastor called it quits to his 29-year marriage with embattled wife Teddy Bujingo.