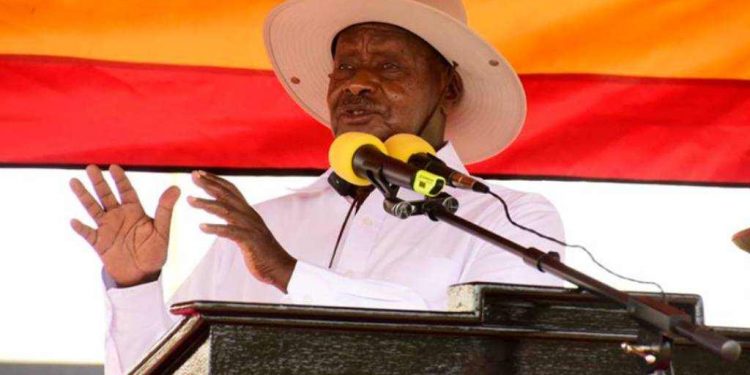 President-elect Yoweri Museveni has expressed his willingness to reconcile with candidates that stood against him in the 2021 presidential elections.

While at the 35th anniversary of the Liberation Day when the ruling National Resistance Army/Movement (NRA/M) took over power after a five-year guerrilla war, Kampala Archdiocese Vicar General Rt. Rev. Charles Kasibante asked Museveni to initiate the reconciliation process by allowing Robert Kyagulanyi to have his freedom of movement and expression.

Museveni replied saying that he has always been an advocate of reconciliation hence the reason why he has family members of former presidents in his government.

“On the issue of reconciliation, that’s our way of doing things. That’s why you find Idi Amin’s son is my Deputy Director of Intelligence (Taban Amin); the grandson of Amin is a Member of my party. The son of Tito Okello is my minister (Okello Oryem),” Museveni said.

However, he said that the only issue hindering the process is that some groups want to use illegal means to solve problems.

“For us we have no much problem with reconciling, the only thing we shall not tolerate is violence, intimidation and cheating, otherwise we can always argue things out,” he said.

He said in the next years he’s going to intensify the East African cooperation in order to create a bigger market for the region.