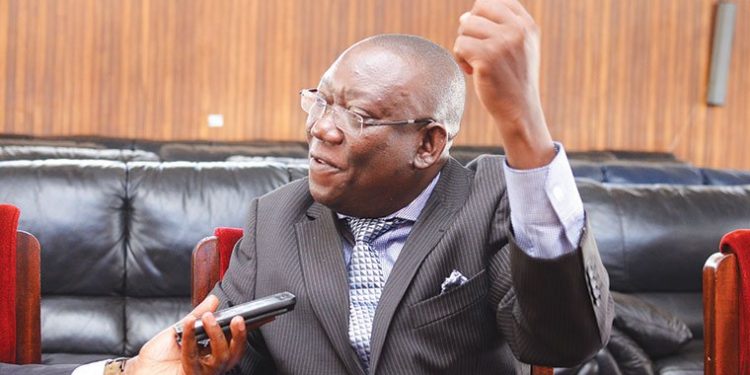 Rubaga South Member of Parliament (MP), Kato Lubwama is among the many MPs who did not survive the National Unity Platform (NUP) party wave which swept majority of the elective positions in Kampala in the 2021 general elections.

Lubwama who was defeated by NUP flag bearer Mukasa Aloysious claims he’s untroubled by his lose in the elections.

“I do not have stress because I am still driving my V8 and still living in my mansion in Mutundwe, Kampala,” says Lubwama before bragging that he joined politics as a rich man.

“Right now, I am celebrating with some of my fans. We are playing some classic music while eating all kinds of meat. I have no advice for those who are stressing because they lost; I have never been there,” he says.

While seeking for re-election, Lubwama openly said that that his first term in Parliament was for him “to eat” and if voted back in 2021, he will now “eat with his voters.”

However, after not being voted back, Lubwama says some people in the area still come to his place for medical fees, but he directs them to their new Member of Parliament.