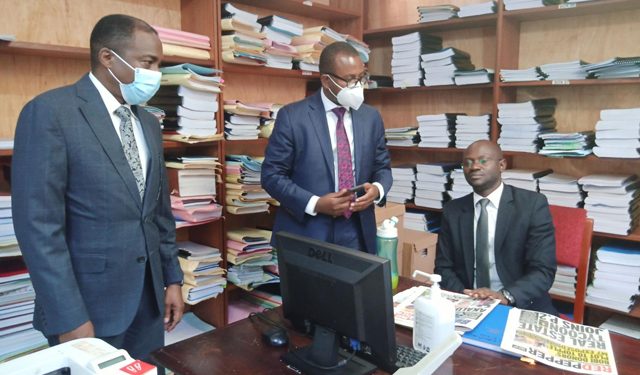 The Electoral Commission has asked the Supreme Court to dismiss a petition filed against incumbent President Yoweri Museveni challenging his re-election.

On Monday Bobi Wine through his lawyers led by Medard Sseggona filed a petition against President Museveni’s victory in last month’s election, claiming the poll was rigged. Sseggona said that every election Museveni participates in can never be a peaceful, free and fair election.

Two of the respondents of the petition that is the EC and Attorney General yesterday beat their three-day ultimatum as they filed their response at the Supreme Court.

Elison Karuhanga, the lead lawyer of the EC said that they will be making their substantial arguments before the lordships with an attempt to persuade them not to allow Kyagulanyi’s petition and they will wait for justice from the highest inland court.

The EC contends the electoral process was free and fair and that if there were any irregularities, they were minor and did not affect the result of the election in any substantial manner.

Attorney General William Byaruhanga also confirmed that they have already filed their response and presented it before the Supreme Court.

Earlier this week, the National Resistance Movement legal Director Oscar Kihika said that although NUP had 15 days to prepare and they have three days to respond they are firm because they started preparing for the petition early enough.