Bobi Wine to appoint NRM members in his cabinet 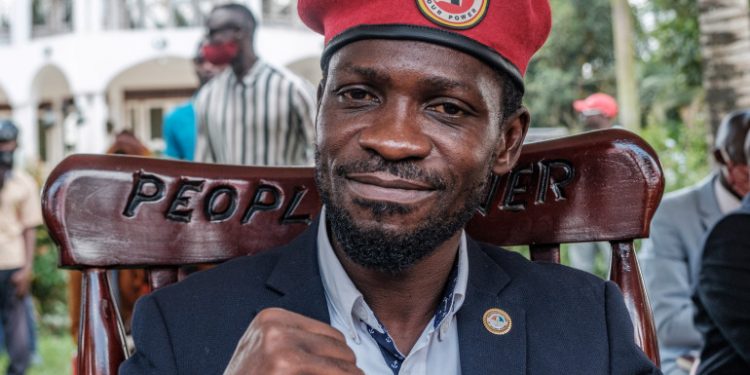 Ugandan opposition leader Robert Kyagulanyi, also known as Bobi Wine, poses for a photograph after his press conference at his home in Magere, Uganda, on January 26, 2021. - Ugandan soldiers have stood down their positions around the residence of opposition leader Bobi Wine, a day after a court ordered an end to the confinement of the presidential runner-up. He had been under de-facto house arrest at his home outside the capital, Kampala, since he returned from voting on January 14, 2021. For 11 days heavily armed soldiers and police officers surrounding the property had prevented members of Wine's household, including his wife, Barbie, from leaving their compound and denied access to visitors. (Photo by SUMY SADURNI / AFP)

The National Unity Platform leader Robert Kyagulanyi alias Bobi Wine has vowed that their political resistance against President Yoweri Museveni is still on until he is ousted from power.

Speaking during the meeting with party leaders from the Greater Mukono district led by Hon Betty Nambooze at his home in Magere, Bobi Wine said that their struggle has never been against the National Resistance Movement party and its ideologies but rather against the dictatorship presided over by Gen. Museveni and his few hanger-ons. He stated that many NRM members are also frustrated and willing to join them when they finally remove Museveni.

“The NRM people are not our enemies. When I am president don’t be shocked to see me appointing NRM members in positions of authority,” said Bobi Wine.

The presidential hopeful explained that there are NRM people who are selflessly serving Ugandans and so they deserve to be kept in their respective positions.

Bobi warned the elected NUP leaders not to forget the demands of the people that overwhelmingly voted them.