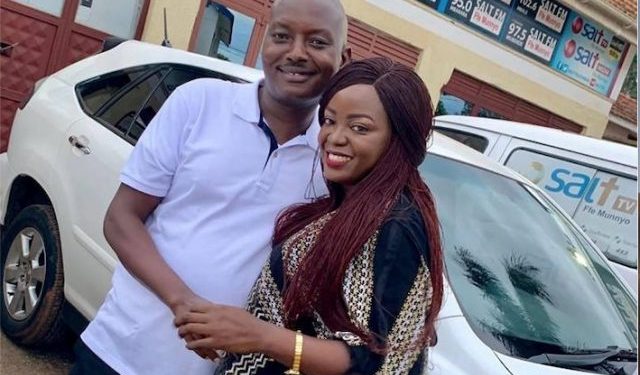 As usual, Makula’s romantic revelation was received with mixed reaction with majority wondering how a Shs2m bra looks like and what kind of breasts wear such bras.

A section consoled them selves with how their cheap bras fit them well and give them the needed comfort.   But bottom line is that many women pay ridiculous prices for bras.

In a research carried out by the Branded Girls Fashion and Brands last year, it ranked the most popular bra brand in the world.

“La Perla” which is a German-owned Italian luxury brand which began all the way back in 1954 and is considered as the world’s most extravagant bra brand. It has now expanded to provide women with beachwear and sleepwear as well. Its elegantly designed bra products in a luxurious price range of $100 to $550.

Wonderbra is an American bra launched in 1935. According to its qualities, it does not shrink after washing and does not lose its shape and has good strength. It offers wonderful price range of $60 to $200 for different types of push-up and underwire bras.

“Victoria’s Secret” is a women’s must one-stop-shop destination with the largest collection of sexiest bras, panties, and lingerie. This world dominant bra brand was founded by Roy Raymond and his wife Gaye in San Francisco in 1977. The number of stores of Victoria secret is 1,170 with net sales of about $7 million and is dominating the bra industry with its trendy fashion inspired unbeatable designs. Victoria’s Secret products come in a luxurious range with prices starting from $ 100 and going up to $ 20,000,000.

Aubade is a French brand whose success story and history can be found starting in 1875 by a corset designer who had a passion for designing corsets for Italian women.

Exclusively designed by French designer icon, Chantal Thomass broke all bra designing stereotypes by using unconventional fabrics in her masterpieces bras such as wax clothing, flannelette, Lurex mesh and much more. $40 to $250 are worth it to put your bedroom set on seductive fire.