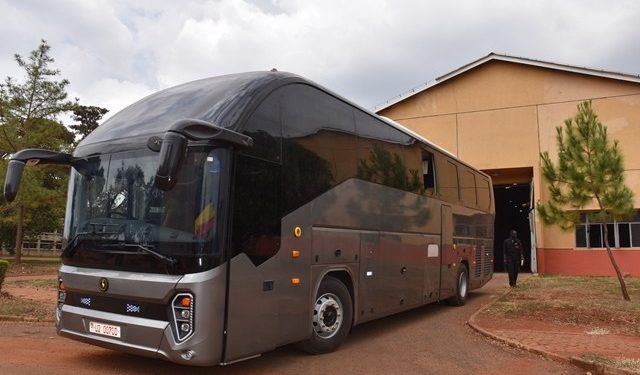 Uganda ‘s automotive industry champion , Kiira Motors Corporation is working with reputable strategic partners to produce  at least 1,000 buses  for Kampala and other cities in the East Africa region .

The buses 50 of which will be electric , are part of  30,000 Buses  the company and its partners are set to produce  for the regional market, with 65% parts and components localized by 2030. This builds on the successful development of the Kayoola Electric and Diesel Buses built through technology transfer and utilizing the facilities and resources at the UPDF National Enterprise Corporation Luweero Industries in Nakasongola.

“Kiira Motors and the partners plan to produce and deploy 1,030 Buses by end of 2021, 50 of which will be electric. The initiative is aimed at modernizing public transport in the urban centers in Uganda and beyond, while building the indigenous motor vehicle industry through technology transfer and localization of auto parts manufacturing,” a statement issued by Kiira Motors reads in part.

Kampala and other Cities in the region have for decades faced challenges of road and traffic congestion, pollution, unemployment and under employment resulting into low fuel economy, poor air quality, low labour productivity, and compromised road safety.

“This calls for establishment of a robust integrated and inclusive mass transport system based on environmentally friendly transport solutions. Coupled with localization of capabilities to develop, make and sell vehicles and components, this provides an unprecedented opportunity for transforming the economy drawing on the demographic dividend of Uganda, the KMC statement says.

Last week, Kiira Motors unveiled Uganda’s first diesel bus, the “Kayoola Diesel Bus” UBJ 720 J assembled at Luwero Industries by Kiira Motors and UPDF engineers. The bus runs on a diesel engine, it has an in-built toilet refrigerator and cameras for safety of the passengers.

A year before they launched the Kayoola Solar bus that relies on lithium-ion batteries to power an electric motor that is coupled to a 2-speed pneumatic shift transmission.

Museveni petitioned to cause investigation and prosecution of former BoU officials