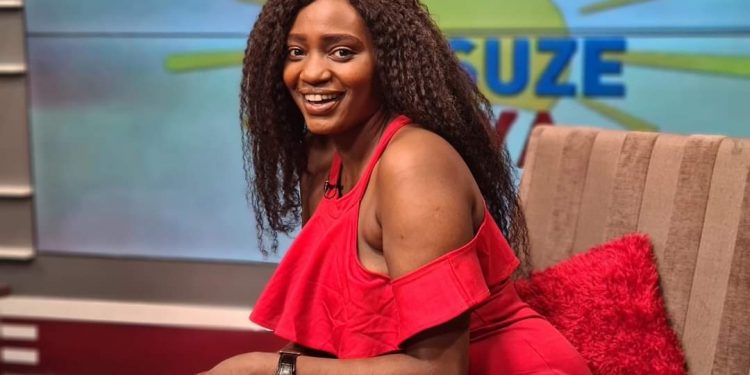 Spark Tv presenter Caroline Marcah Mirembe has denied allegations that she is dating renowned king of the mic MC Kats.

While speaking on an interview on a local television, the spark tv Chezza.com host was asked what is her relationship wicth Mc Kats and she stated that MC Kats is her best friend.

“Mc Kats is my best friend, we are not dating,”Caroline Marcah stated.
Marcah went on and said that the allegations are created to destroy her career, but she is not sleeping with MC Kats.

Marcah added that she want the public to bring out evidence to prove she is in a romantic relationship with MC Kats as they alleged.

“Those who allege should come out and prove, Mc Kats is just my best friend and there is nothing going on between us,” she stated.

Rumors of Kats and Marcah first emerged when the two attended a party in Jinja together. The two arrived together and were seen lovey dovey.

Early last month Marcah and Emma White’s son Ephraim made two years. Marcah threw the her a son a party which Kats attended. He even used Marcah’s photo as his display photo on Whatasp.

Kats has also been seen at Fame lounge where Marcah hosts a night. On one of the nights Kats even held the microphone and praised Marcah . A few years back Kats and the Fame lounge management had a terrible fall out which was highly publicized.