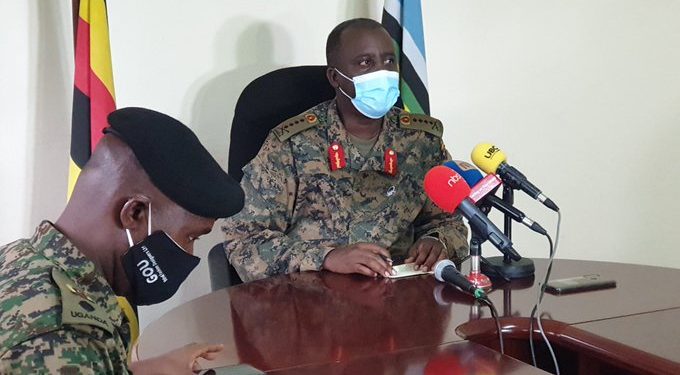 The Chief of Defense Forces (CDF) Gen. David Muhoozi has apologised to the media fraternity and pledged to take action against the UPDF officers who meted brutality against journalists yesterday.

The injured journalists are in various hospital nursing wounds and Muhoozi has pledged that the UPDF will clear medical bills among other compensations.

This is not the first time journalists are facing the wrath of security forces even during the 2021 campaigns many were assaulted.

The UPDF spokesperson Brig. Gen. Flavia Bwekwaso yesterday said that the UPDF regrets that some journalists were injured as security carried out its duties.

“We maintain and will always respect our relationship with the media fraternity. UPDF further advises journalists on duty to always wear easily identifiable press jackets,” she said.

Pastor steals from shrine property worth Shs3m, takes it to his church for ‘Holy Spirit’ to disable their powers