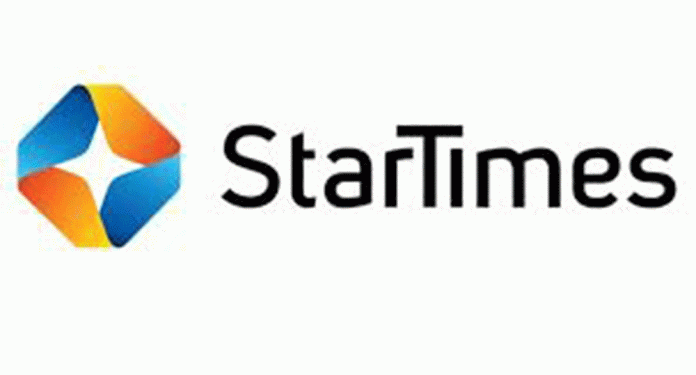 Easter season, as a gift to our loyal audience, Drama fans will have a great time Infront of a TV set. StarTimes avails the most wanted TV content.

Take for instance now airing is The Killer Bride; a hot Philippine drama series fresh from production; now airing, featuring the Easter version of Romeo and Juliet. Maja Salvador, The lead actress “bounces back from the dead to avenge her love with the man from the rival family against hers”.

Maja Salvador, has also featured as lead actress in other poplar series. Her millions of fans can also enjoy the triple worlds on StarTimes during the season in Wildflower (ST Dadin Kowa, 19:30 GMT +1 between Mon and Sat from 12 March) and Bridges of Love (ST Novela P, Mon-Sun 19:50 CAT from March 23).

Set in the 70s in Turkey, Moms and Mothers tells the story of two young women whose lives become unexpectedly intertwined. Kader lives in a small village in Anatolia and longs for nothing more than a happy life with Mustafa. However, following a tragic accident, she is left alone in Istanbul. Zeliha is a smart, educated woman whose passionate relationship with the activist Murat leaves her in danger and ultimately widowed and pregnant. Nine months later, the two women’s paths cross.

Beautiful Asiye, a rebel spirit in a small town, meets the mischievous and handsome İlyas, when he gets an accident at the motocross tracks. Their love-at-first-sight grows fast in just a few days – but brings along its own problems.

OTHER Dramas on our NOVELA  channels

This world hit drama The Heiress comes back on StarTimes in respinse to popular demand. It will be available effective 6th April 2020 only on ST Novela E, Mon – Fri, @ 19:00CAT in East Africa, with two (2) episodes daily. It tells a twisted story inside a rich family. Following the demise of their once solid relationship, the former lovers Romina and Carlos end up marrying different partners who transform them from rags to riches all while triggering a complicated situation. Romina marries Robert Mondragon, a widowed business tycoon, while Carlos marries Daniela – Robert’s daughter from his previous marriage.

The Return of Lucas

Apart from the Philippine telenovelas,ST Novela E plus is prepared to welcome a  brand new South American drama; The Return of Lucas from 20th April. It tells the story of a well-off family who loses his eldest 4 years old son, Lucas on the beach. Elena, his mother, is obsessed with finding him because he feels he is alive and never stops looking for him, neglecting his other children, Catalina and Juan, and her husband, Reynaldo, who had to took charge of the family and the company.

This is yet another Korean drama named The Innocent Man; following the success of the earlier drama The Descendents of the Sun. The lead actor is just the same one. Effective 31st March the telenovela will be available Mon and Fri on ST Novela E plus, @21:30 CAT between, 1 episode daily.

The Story is about a smart and promising medical student Kang Ma-ru (Song Joong-ki) who is deeply in love with his slightly older neighbor Han Jae-hee (Park Si-yeon), a television reporter. But when her situation takes a turn for the worse and Jae-hee becomes desperate to escape poverty, she meets a man who changes everything—a rich CEO who introduces her to a life of comfort. So she turns her back on Ma-ru, choosing money over love. The brutal betrayal leaves Ma-ru fractured—not just angry, but a completely changed man. A few years later, Ma-ru is now 30 years old and works as a bartender and gigolo, no longer a “nice guy.” Ma-ru decides to take revenge on his ex Jae-hee and bring her. What would he do later on????

All the above programs will also be available on StarTimes ON; a StarTimes streaming App,. StarTimes subscribers can benefit from the “1 to 3 policy” that rewards each subscriber with 3 free membership rights on the app, allowing family members to watch their favorite programs simultaneously on various devices.