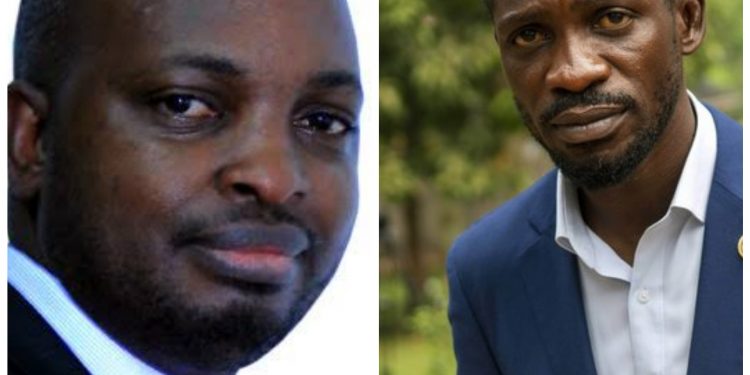 Solomon Muyita, the Principal Communication Officer in the Judiciary has insisted that Ugandans have confidence in the courts hence the reason why the institution receives more and more cases every year.

He says that people know it is the only place to find justice and as the judiciary, they are not very bothered about statements coming from politicians.

Muyita explains that Robert Kyagulanyi’s petition withdrawal cannot be used as a determinant that people have lost trust in courts because it is just one of the many cases they handle as the Judiciary.

“It is just funny that a petitioner says many things around the matter then opts to withdraw. I know deep down in his heart, he knows the courts are doing the right thing. Sometimes you get things other times, you don’t. I know that Kyagulanyi knows he is just playing politics,” says Muyita.

He states that politicians say whatever suits them and it’s no different with Kyagulanyi.

“Hon. Kyagulanyi has been in our courts about three times before this petition, and he won. We didn’t hear him complain then,” he says.

However, Muyita reveals that as the Judiciary they’re only hearing Kyagulanyi’s withdrawal from the media as he has not formally informed them

“We are waiting for them to follow the formalities as they are in the law. The parties have today up until Friday to appear. The talk is just out there until we have an official withdrawal. We shall receive the Kyagulanyi team if they show up today,” he says.

Kyagulanyi yesterday announced how he has directed his lawyers to withdraw the election petition challenging President Yoweri Museveni’s victory in the 2021 polls. He accused the Supreme Court of not being independent as they are being compromised by Museveni.

Segirinya: Bobi Wine’s armored car can 'sniff 'an enemy from a far