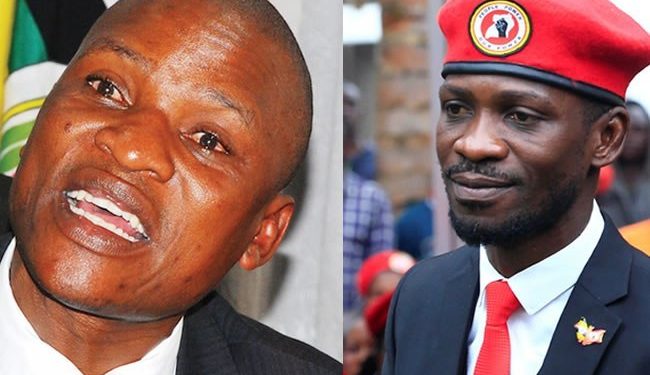 Bobi Wine’s brand new bullet proof V8 Land Cruiser continues to be the talk in every corner of the country. Known for commenting about everything, Tamale Mirundi has not discussed it’s features but has refuted claims that the car was gifted to the former presidential candidate by his National Unity Platform (NUP) supporters.

Tamale says that NUP supporters cannot raise over a billion in contribution to Bobi Wine’s armored vehicle because they are jobless. He explains that majority of Bobi Wine’s supporters are youths who are surviving with very little incomes.

The former presidential press secretary claims that Bobi Wine’s car was bought by his foreign funders after he appealed to them that his life was in danger.

He warns Bobi Wine not to think that his external forces will guarantee him a win against Museveni.

“President Museveni never had external forces while coming to power, whoever is in partnership with the ‘Bazungu’ won’t succeed against Museveni,” says Tamale.

Stella Nyanzi: Bobi Wine shared a photo of his new bullet-proof car like a poor boy with a new gift on Christmas

Minister Baryomunsi: The court of public opinion already communicated on January 14 that Museveni is President

Minister Baryomunsi: The court of public opinion already communicated on January 14 that Museveni is President