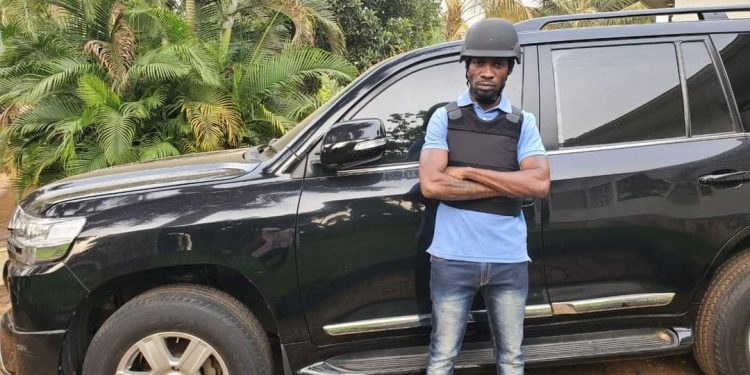 The arguments surrounding Robert Kyagulanyi alias Bobi Wine’s newly acquired bullet proof car are not about to end as the URA commissioner for customs Abe Kagumire wrote a letter to the former presidential candidate recalling the armored car, a Toyota Land Cruiser (UBJ 667F). URA wants the vehicle to be re-verified.

In the letter, he explained that an inquiry has been conducted into the circumstances under which the motor vehicle was cleared and subsequently registered.

“In accordance with Sections 2369(d) of the East African Community Customs Management Act 2004 as amended, you are required to voluntary bring the above-mentioned vehicle to UAR Nakawa Inland Port to undergo a re-verification process not later than 3:00 pm on February 26, 2021, without fail,” Kagumire said in the letter.

However, the National Unity Platform leader through his lawyers Wameli and Co. Advocates has protested against the recall of his vehicle.

“Much as it is true that you (Commissioner of customs) have powers under Section 236 (d) of the EAC Customs Management Act to ‘examine’ goods, you do not have automatic powers to ‘re-examine’ goods which were in your custody (warehouse), were examined, assessed for tax, the tax fully paid and the goods released to the owner/taxpayer.

“Your decision to recall our client’s motor vehicle is not only arbitrary and without legal basis, but it is also a threat to our client’s right to property and privacy, among others,” reads the response in part.

The lawyers want the Commissioner to immediately withdraw his decision to recall their client’s car.

Bobi Wine’s car has been here for over two months, and was properly cleared after due inspection by URA—Clearing Agent speaks out