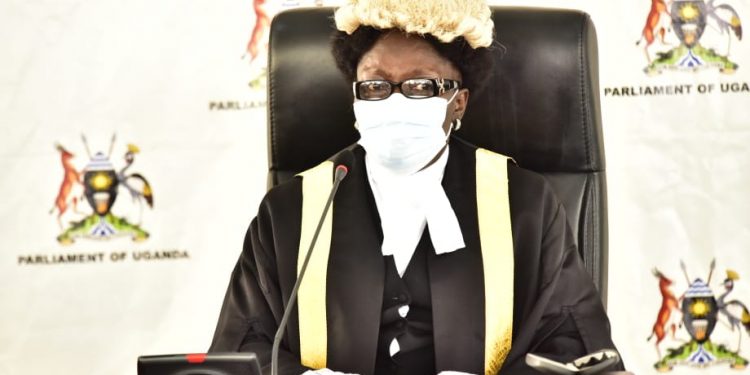 Speaker Rebecca Kadaga has asked Members of Parliament with names of missing Ugandans, to table them before Parliament, so that the Minister of Internal Affairs is tasked to explain there whereabouts.

Parliament ruled that all those with lists of missing persons who have been abducted or arrested by different security agencies should present them for follow up.

The ruling follows failure by the line ministries of Internal Affairs and that of National Security to present the list of suspected missing persons who are alleged to have been abducted by state security agents.

“Government should tell us if some of the people who are missing are dead. This will help the families who continue to suffer know of the situation the whereabouts of their loved ones,” said Hon. Gilbert Oulanya.

President Museveni yesterday on Tuesday met with security chiefs at State House Entebbe. And he tweeted saying that their discussion was focused on the general security situation in the country.