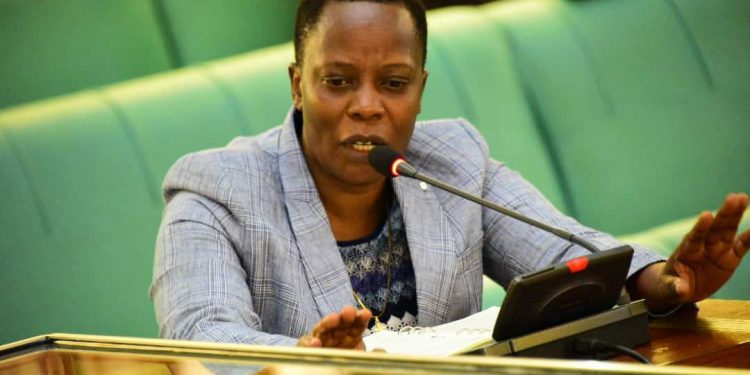 Nambooze said that FDC has maintained its support based on hatred for President Yoweri Museveni, when he comes to IPOD, they flee.

She explained that FDC and all other political parties are in IPOD for the money. Parliament appropriates Shs10 billion every year to be shared by all political parties who have representation in parliament. The law stipulates that the money is shared depending on numerical strength.

In May 2019, members of IPOD Summit resolved that funding to Political Parties with representation in Parliament be increased from the current 10 billion to Shs35 billion in the financial year 2019/2020.

FDC party announced that they will not be attending the third Ordinary IPOD Summit meeting that will be chaired by President Yoweri Museveni, this Friday, at Kololo Independence Grounds.

The party said that Museveni is the main reason their party has opted out of the meeting.

“FDC party President Amuriat Oboi was tortured during the campaigns and is not in the right sense of mind to meet his tormentor. Our interaction with Museveni has made us come to the conclusion FDC has made,” said FDC.

Meanwhile, Democratic Party confirmed that it will attend the meeting.