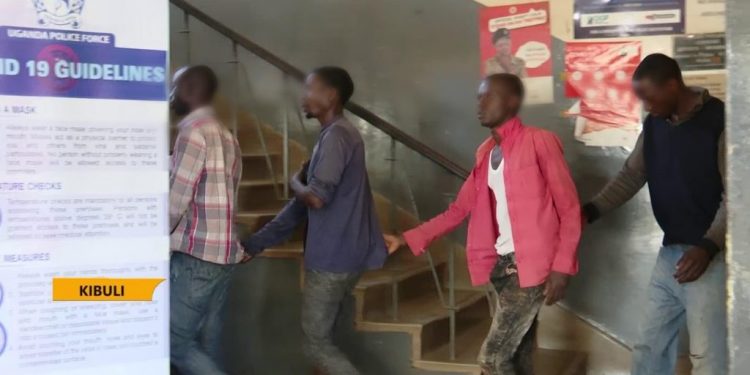 The Flying Squad Unit with assistance from SFC, CMI, the 1st Division Kakiri and Savannah Regional team, arrested the prime suspect and team leader of the notorious criminal gang, which was actively involved in the string of aggravated robberies and related murders in the districts of Luwero, Nakasongola, and Nakaseke.

The prime suspect identified as Kisule Stephen, was arrested on the 02.03.2021, together with Mawejje Samuel, while hiding in Bombo. This now brings the total number of suspects arrested to 10 including two female suspects.

The searches at their residences led to the recovery  of a pistol with two magazines  and 17 rounds of ammunition, that they robbed from the Late Major Noel Mwesigye, an SMG gun with two empty magazines, 17 mobile phones, a motorcycle Reg number  UEV 185W, Bajaj Boxer Red in colour.

Police says the motive behind this wave of gun violence was established to be financial gains. They are going to be held accountable for the death of 10 victims and an additional 44victims of aggravated robbery from the respective districts.

“We would like to reassure the public that we shall continue working tirelessly to counter all forms of gang crime in our communities. We believe this successful operation will greatly reduce violent crime in the area, and also enable them go about daily activities normally,” says Police.

UMA is not a charity organization--Cindy