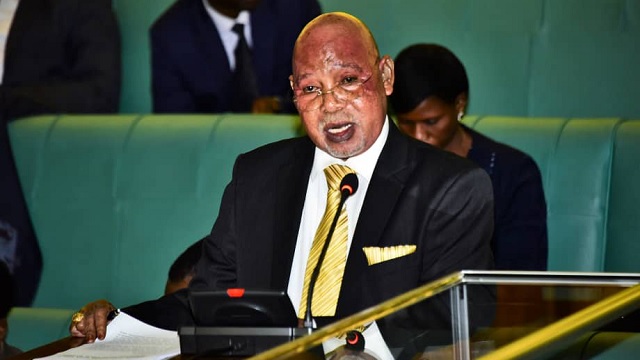 According to the minister, 43 persons were arrested for participating in the riots, 156 found in possession of military stores and 17 arrested from meetings planning post-election violence, 06 persons were released on police bond.

Odongo urged the public to check with the Police Headquarters of the whereabouts of their missing persons and to get permission to visit them.

However, MPs contested his list with some producing their missing persons who are not on the minister’s list.

Masaka Municipality legislator, Hon. Mpuuga Mathias tabled a list of 423 persons who are missing before saying that the list presented by the Minister of Internal Affairs which has only 177 people, is insufficient.

The Leader of Opposition Betty Ochan called upon government to stop the on-going abductions in the county.

“If they cannot, then they are the ones responsible for these acts; you should stop intimidating our people,” said Ochan.

In response, Odongo said that arrests will continue, so long as there is reason for the arrest and it is conducted reasonably.

“I cannot stand and says that there will be no more arrests,” said Odongo.