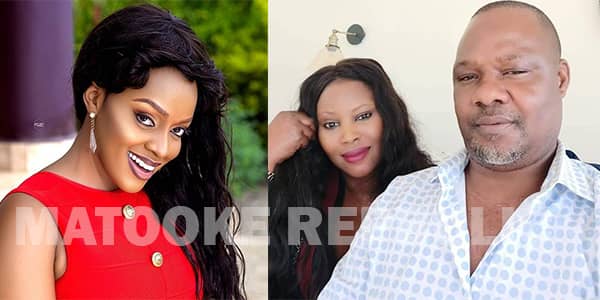 If you are among the people who have made it a habit to attack and insult Emmanuel Lwasa over his recent comments on his estranged relationship with BBS Terefayina’s presenter Diana Nabatanzi, you have a reason to be worried.

The rich man from Masaka has vowed to drag everyone abusing him for shaming the stunning TV personality to courts of law.

“The lady am talking about is she a daughter to the King? I am seeing a lot of people abusing me. Please don’t abuse me I made those comments out of anger and after I ceased fire. They have insulted me so much but whoever has done so prepare to face the courts of law. I have all the recordings of those particular persons who have abused me,” he stated.

The Lwasa Nabatanzi woes broke out last weekend during Angel Kawunda’s introduction to Lwasa. While addressing the press, Lwasa shamed Nabatanzi which angered many people.

“Like Diana Nabantanzi I bought her a car, got her a house to sleep in, and set up a business for her but she is very unappreciative. That is even why they don’t get married because no rich man can invest in wedding a TV presenter they stress a lot,”  said Lwasa.