Stella Nyanzi wondering why Ugandans are not on the streets despite Bobi Wine’s call for peace demonstration, “We are only seeing photoshops” 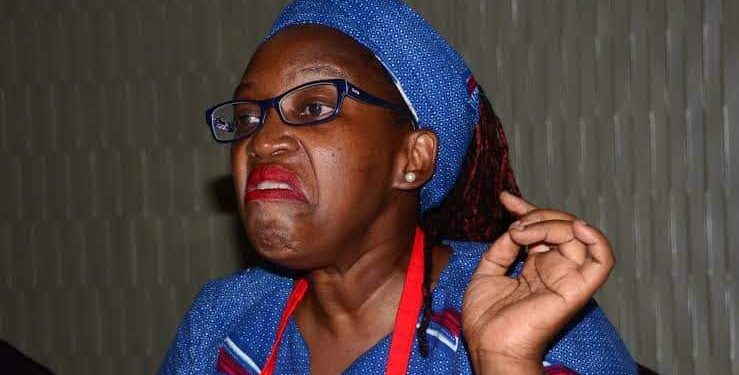 Nyanzi who is currently in ‘exile’ in Kenya’s capital Nairobi says since Bobi Wine blew the whistle, she has been at the comfort of her seating room on TV waiting for news that the protests have kicked off.

“I have been waiting keenly for the news of the peaceful protests in response to the whistle. Apart from photoshops of Masaka town, where else have the whistled responded?” she says.

A few common Ugandans this website has talked to say opposition supporters have been beaten to submission hence cannot risk to go on the streets.

A one Jacob Kalangwa said that Bobi Wine must lead the protest by coming to street first.

Meanwhile Police Spokesperson Fred Enanga said they have deployed joint forces to see that they encounter the violent demonstrations and riots.

“We have deployed in strategic areas a joint team of police, UPDF, LDU and intelligence agencies on the ground,” he said.

Kato Lubwama: Bobi Wine has bad intentions for Uganda, he will never be President