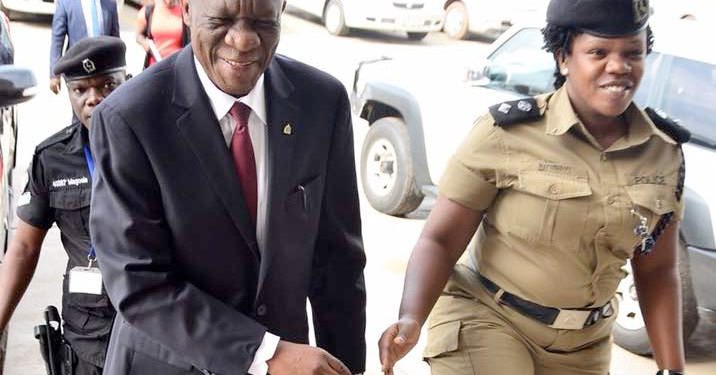 Ochola’s contract at the helm of the Police force was set to expire this month after three years of service in the top job. He was appointed for the job in March 2018 replacing Gen. Kale Kayihura who is the longest serving IGP.

So far, Ochola has worked with two Deputy IGPs, Muzeeyi Sabiti and Maj Gen Paul Lokech who was appointed about three months ago.

Ochola joined police in January 1988 and started a nine-month basic training. At that time, he was given the rank of a Cadet Assistant Superintendent of Police. Following that training, in February 1989, he was posted to Entebbe International Airport as the officer-in-charge of Airport Security.

In May 2001, he was appointed the deputy director of criminal investigations and remained in that position for seven years. In 2008, he was promoted to commissioner of police. That same year, he was confirmed as director CID. In 2009, he was promoted to the rank of Assistant Inspector General of Police.

In August 2011, Museveni appointed him the Deputy Inspector General of Police. He served in the position deputizing Kale Kayihura until 4 March 2018, when he replaced him as the new IGP.