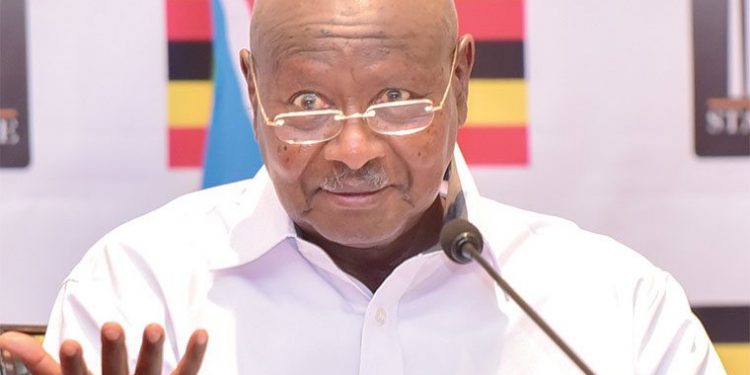 For the first time, President Yoweri Museveni has spoken about Robert Kyagulanyi alias Bobi Wine’s election petition which he filed at the Supreme Court challenging Museveni’s re-election for the sixth term.

While delivering his national address yesterday night, Museveni said that he could not talk about the petition since it was still in court. He stated that it’s was Bobi Wine’s group that cheated massively in elections.

“They rigged and did ballot stuffing; helped by the weak organization of (ruling) NRM party & corrupt people. Those who helped them in Police abused their trust and are a disgrace,” said President Museveni.

Museveni was declared winner with 58.64% of the votes while his main competitor, singer-turned-lawmaker Bobi Wine, trailed with 34%.

Last week, Bobi Wine tabled evidence claiming that the January 14th election was massively rigged. He said that from his tally, he beat Museveni with 54.19%. He therefore called for peaceful demonstrations demanding for his ‘win.’

Yesterday Museveni said that now that the Supreme Court cleared his re-election, he’s ready to deal with the opposition groups planning to destabilize the country.

He warned that it would be foolhardy for anyone to think they can disrupt his swearing-in after being cleared by the Supreme Court.

“They have been planning that they will stop the swearing in of the president. They won’t. They plan all sorts of things including killing their own opposition people to say it is the government,” said Museveni.