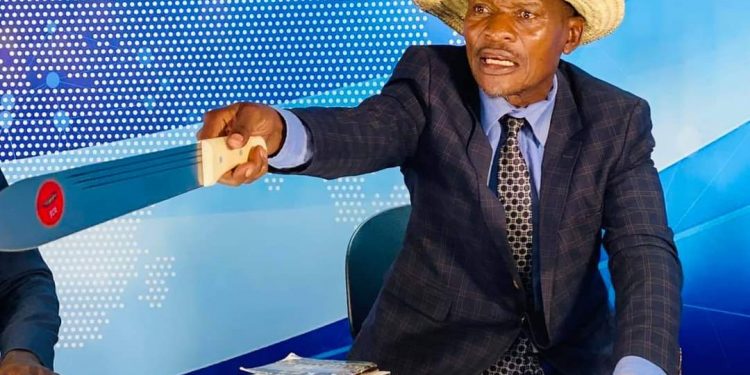 Former presidential press secretary Tamale Mirundi has given himself an ultimatum of 14 days without rest until he brings to book the goon who tried to kill his son Tamale Mirundi Jr.

Mirundi Jr was attacked by unknown individuals last week who beat him to the pulp. He is currently nursing wounds as his father claims that his jaw was broken, feeding through percutaneous endoscopic gastrostomy tubes and will not be able to talk for the next six months.

In his intensified operation to hunt down Iga, a security operative who he claims to have commanded the beating of his son, Tamale has today morning appeared on a live TV show with a new panga that he claims he will use to ‘slice’ Iga.

I have got a report about people wanting to assassinate me, says Speaker Among

The outspoken commentator has gone ahead to set targets in operation.

“I will not bathe, trim my hair , have sex or do anything for 14 days before I capture the man Yiga who tried to kill my son,” said Mirundi.

I have got a report about people wanting to assassinate me, says Speaker Among