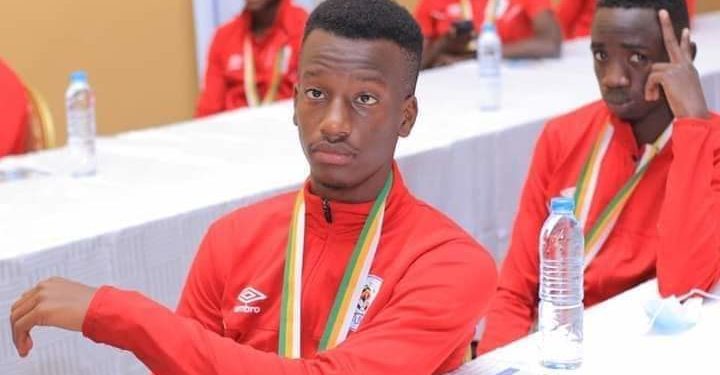 Minister for Sports Hon. Denis Hamson Obua has delivered a statement on the fate of candidates who missed Uganda Certificate of Education (UCE) examinations while respecting Uganda at CAF U-17 and CAF U-20.

Three candidates missed while on Uganda U-17 team and these are Travis Mutyaba (St Mary’s Kitende SS), Ivan Irinimbabazi (Royal Giants SS, Mityana) and Oscar Mawa (Gombe SS). From the Uganda U20 team there is only Bebe Cool’s son Alpha Ssali who studies from Kitante Hill School.

Obua told parliament that parents of the above students signed consent with local football governing body FUFA to allow their children be part of the national team well knowing that they had to sit exams at the same time.

“The ministry of education and sports endeavours to, as much as possible, ensure all students sit for their national exams, at the right time, in the right year. The ministry does not promote but discourage students missing terminal exams under ordinary circumstances,” said Obua.

For Alpha’s case in specific, Obua said that the ministry spoke to Bebe Cool who informed them of their decision to prioritize Alpha’s football career over examination, where the two coincide in timetabling.

He however disclosed that Bebe Cool proposed to them that the ministry should consider amending the UNEB Act to provide for students excelling in sports and engaged in national duty to sit special examinations organised for these categories.

Obua said the ministry will continue to sensitize parents and students about the importance of academic education and talent development in a synchronized manner.

A week ago, Bebe expressed his disappointment with government and the Ministry of Education and Sports for mishandling the issue of Senior Four (S4) candidates who were part of the squads. He accused government of having no plans to support the boys and he wanted UNEB to arrange for them special exams.