SPEAKER RACE: NRM CEC has to respect what we agreed on in 2016, says Oulanyah 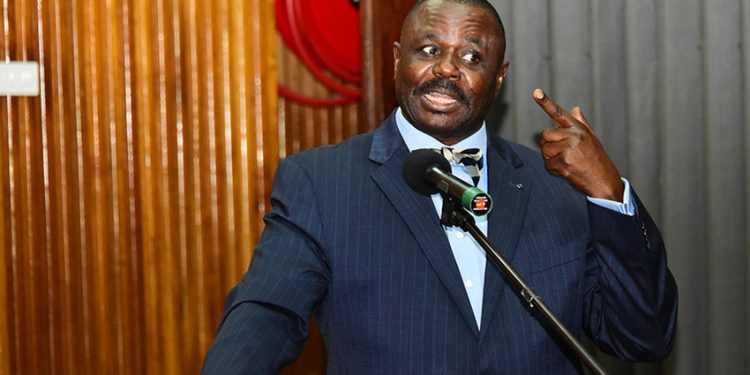 The heat in the race for Speaker of Parliament is on a boom as aspirants are strategizing on how to take up parliament’s top office.

Jacob Oulanyah, who has been Deputy Speaker for the last two terms, wants the shadow off him so that he can steer parliament.

While appearing on NTV this morning, Oulanyah said NRM Central Executive Committee (CEC) has to honour what they agreed on in 2016 when he opted out of the race and settled for the deputy speakership.

“In 2016, CEC advised both of us to maintain the status quo, I am now waiting for the party processes to choose and this is the opportunity that CEC has to show that it means what it says,” said Oulanyah.

Following the 2016 elections, Oulanyah announced to stand against Rebecca Kadaga for the position of the Speaker but a CEC meeting presided over by President Museveni convinced Oulanyah to step down and give Kadaga a chance to serve one more term.

Kadaga’s one more is elapsing but she vowed not to let go as she announced her intentions to defend the seat. Such developments have caused controversies in parliament in the past weeks.

Although MPs elect the speaker and deputy speaker of parliament, the ruling NRM party happens to be the ‘decider’ of who takes the jobs since it commands the majority number of the Members of Parliament.

We wait on the decision form NRM’s CEC.

President Magufuli, a scientist who didn’t believe in science; here are some of his famous quotes

Who is Samia Suluhu? set to become the first female president in East Africa

Who is Samia Suluhu? set to become the first female president in East Africa