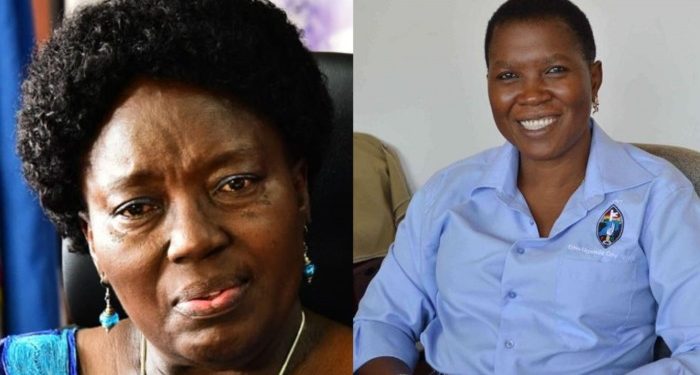 According to the election petition filed by Salaamu’s lawyers Galiwago & co. advocates and Isabirye & Co. advocates the Forum for Democratic strong woman is dissatisfied and aggrieved with the manner in which Electoral Commissiom conducted the elections for the position of Kamuli District Woman MP which saw Hon. Rebecca kadaga retaining her parliamentary seat.

“Your humbe petitioner(Salaama Musamba) is aggrieved with the manner  in which the second respondent (Electoral Commission) conducted the elections for the position of District Woman Representative  for Kamuli district held on January 14,2020 in that the same was contrary to the provisions  of the electoral laws and is as aggrieved by the 1st respondent (Rebecca Kadaga), personally and through her agents with her knowledge ,consent and approval in that she committed  electoral offences and engaged in illegal  acts which  infringed on the provisions of the same  electoral laws and hereby through this petition challenges  the same and prays for orders that the same be set aside and fresh elections be conducted,” stated the petition.

Salaamu  also accused the Electoral Commission of failing to carry out a free and fair election.

“The Electoral Commission carried out the electoral process with incompetence,inflating the votes purportedly scored by Rebecca Kadaga,” stated the petition

The petition also stated that Kadaga through her agents and with her consent  committed several illegal acts and electoral offenses .

“During the campaign period, with the intent of influencing voters to vote for her , kadaga bribed  voters with money, gifts like tents,motor vehicles, gomesi,iron sheets,” stated the petition

Salaama also accused Kadaga of organizing violent groups that not only threatened her supporters, chased her agents from Kamuli district but also defaced her campaign posters.

In her petition, Salaama has requested court to nullify the elections, declare that the Electoral Commission  failed to conduct a free and fair election and also order Kadaga to vacate the seat as woman MP for Kamuli.

UDB, New Vision to be sued for lying about borrowers’ Loans status

UDB, New Vision to be sued for lying about borrowers’ Loans status