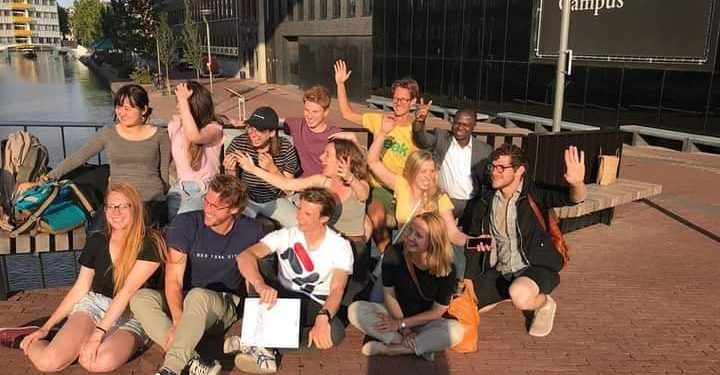 Comic Kawempe North MP-elect Hon Muhammed Ssegirinya has claimed that he’s over qualified to be a member in the 11th parliament. He says he picked a few documents from a pool of his academic papers that he used to contest for the MP Seat.

Last week Uganda National Examination Board (UNEB) released a statement questioning the authenticity of Ssegirinya’s academic documents. UNEB indicated that that the documents Ssegirinya issued to the Electoral commission are not authentic.

However, Ssegirinya insists that the reviewed documents are forged and he will only release his original papers when the complainant serves him with copies of the petition challenging his academic documents.

Being a comic that he is, Ssegirinya yesterday shared photos of him together with students at the University of Amsterdam and captioned it “Bino byebiluma abayaye.”

In one of the photo, the MP-elect is seen holding a document that looks to be like a certificate.

Magogo on Khalid Aucho’s suspension: There is nothing happening that is not written in the rules of the game

Magogo on Khalid Aucho’s suspension: There is nothing happening that is not written in the rules of the game