ACADEMIC PAPERS: Jubilant Kato Lubwama says Ssegirinya is not MP ‘material’, advises him to go back to school 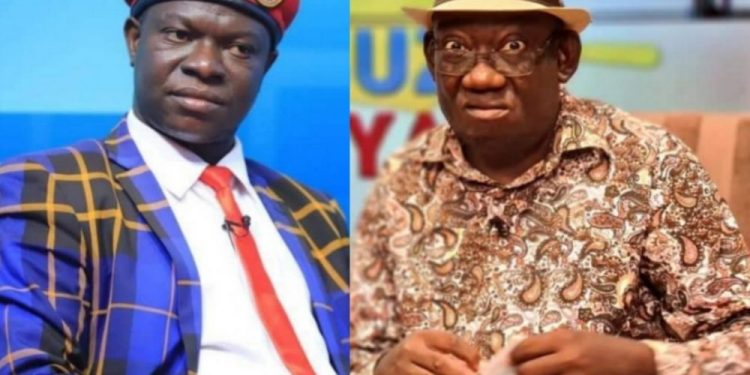 Have you’ve ever experienced pleasure from people’s failures? that’s exactly the mood Lubaga South Member of Parliament Kato Lubwama is in after hearing allegations that Kawempe North MP-elect Muhammed Ssegirinya used fake academic documents to contest for the MP Seat in the 2021 January polls.

Contestant in the Kawempe North MP race Suilaman Kidandala wrote to the Uganda National Examination Board (UNEB) asking them to review Ssegirinya’s academic documents that he submitted to Electoral Commission in the recently concluded elections.

UNEB reviewed the documents and confirmed that they were forged as they brought totally different names.

“From his expressions, Ssegirinya sounds very shallow in his reasoning. I have seen him for many year fetching water and working at pork joint. He has never gone to school,” says Lubwama.

He has advised Ssegirinya to go back to school and get attain the required academic qualifications.

Kato Lubwama who is offering advising to Ssegirinya has also spent all his five years in parliament going to court after Habib Buwembo petitioned court questioning Lubwama’s academic credentials.

However, Lubwama insists that his academic documents are legit hence that’s why he was not pulled out of parliament.