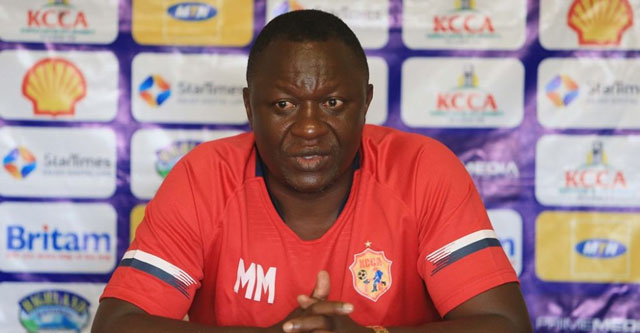 KCCA FC has sacked Head Coach Mike Hillary Mutebi after over a decade of both parts working together.

According to the club statement, both parties have agreed agreed by mutual consent to terminate his employment with immediate effect.

Mutebi will remain arguably one of the best Head Coaches to have successfully steered the Lugogo based club.  The Club, under his stewardship has attained Three (03) League titles, Two (02) Uganda Cups, Four (04) Super Cups and One (01) CECAFA Clubs Cup over the last five years making him the most successful Manager in the Club’s history.

“The Club recognizes his immense contribution in making KCCA FC the leading Club in Uganda and wishes him well in his future endeavors,” says KCCA in a statement.

At the time of Mutebi’s sacking, KCCA FC is placed fourth in the StarTimes Uganda Premier League (UPL) with 27 points, nine shy of leaders URA FC.