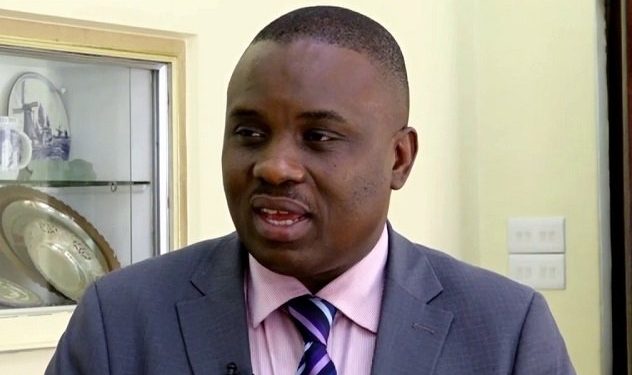 News coming in indicates that Kampala Lord Mayor Erias Lukwago is well and sound following an incident today during the requiem mass of the Late Archbishop of Kampala Diocese Dr Cyprian Kizito Lwanga at Rubaga Cathedral where he felt unwell before collapsing.

Lukwago who was seated in the area reserved for VIPs, felt unwell before two men approached him and helped him out of the church. He was then rushed to Rubaga Hospital for treatment.

His deputy Doreen Nyanjura has revealed that the Lord Mayor has been discharged from hospital and told to go home and rest.

“This Afternoon, while attending the requiem mass of the Late Archbishop of Kampala Cyprian Kizito Lwanga, the Lord Mayor felt some discomfort and requested his aide to drive him to Rubaga Hospital for check-up.

Upon diagnosis, it was found that his sugar levels had gone down. He was given first aid to which he responded very well. Consequently he was discharged and advised to go home and rest. I have checked on him and he is doing quite well,” Nyanjura said in a statement this evening.