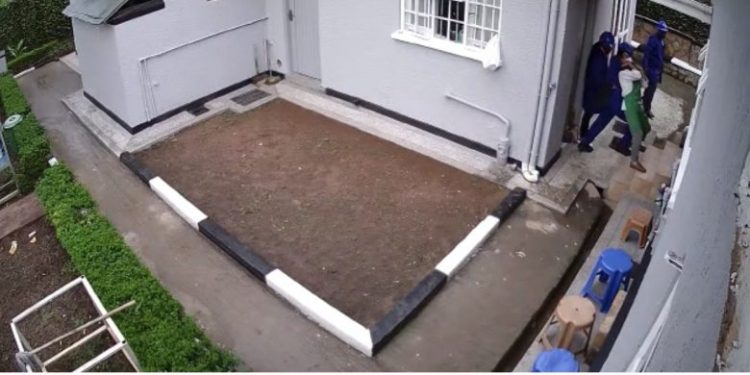 In the video, three men and one woman disguising as National Water employees pretend to be checking a water meter as the owner of the residence, a Chinese national, showed them around. One of them later grabs the Chinese by the neck and attempts to strangle him.

According to the Kampala Metropolitan Spokesperson Luke Owoyesigire, the incident happened on March 31 in a residence located at Lower Estate Endinburg Avenue, Kyambogo. He said the thugs successfully raided the home and robbed over Shs85 million.

He explained that after the thugs captured the Chinese national, they also went ahead to hold all other house occupants captive as they tied them up.

“We are still hunting for these men and a woman with the help of the CCTV footages recovered from the scene and surrounding areas,” said Owoyesigire.

Burial program for Archbishop Lwanga released, to be laid to rest on Thursday