Magogo: Uganda Cranes players should not demand any money, they played ‘shitty’ football 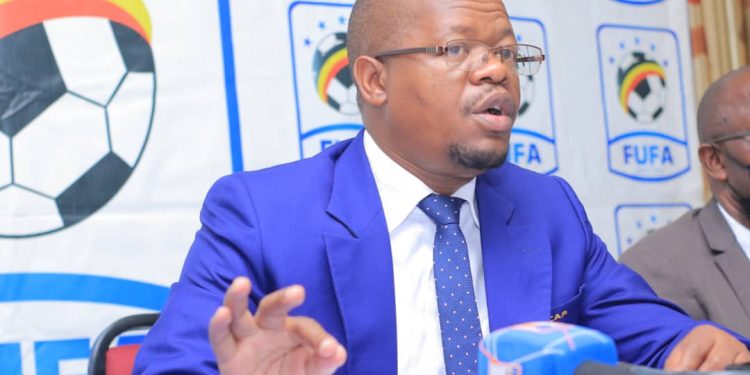 In the past days, Uganda Cranes ex-international player Sulaiman Mutyaba has been raising dust over the several unpaid allowances to the national team players at several levels.

In his rants, Mutyaba said that both present and past national team players are demanding FUFA allowances and bonus from different tournaments.

Mutyaba cited recent tournaments like; 2020 CHAN, 2021 AFCON qualifiers, AFCON U20 and CECAFA U20 saying that FUFA has intentionally refused to pay players any monies. He claimed that FUFA has always ‘eaten’ players’ money and whoever tries to raise alarm is forced out of the national team.

While speaking during the media engagement last week, FUFA President Moses Magogo admitted to not paying players some monies.

In particular Magogo said the 2020 CHAN Uganda Cranes squad do not deserve to be paid their allowance as they did not deliver.

“These CHAN players, what did they play? They went there and played shitty football. When you demand for money what did you play?” Magogo said.

For long in the sports circles, many have been wondering why players keep tied lips when it comes to national team monies and a few that come out to speak are corned into submission or even forced out of team. With such unfolding, we might be about to find out.

I am Team No Divorce, it’s only death that can do us part—Teddy Bugingo