Lukwago in Nairobi for treatment 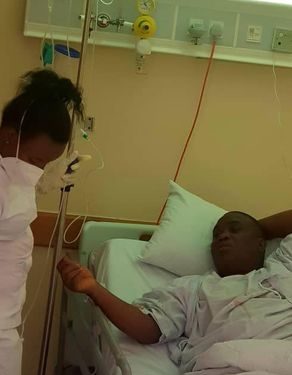 She also said that the mayor traveled to Nairobi earlier this week.

“Consequently, he traveled to Nairobi earlier this week, arrived safely and was checked into Nairobi Hospital. I spoke to the Lord Mayor today morning, he is stable and undergoing numerous tests,” added Nanjura.

Last week on Monday, Lukwago’s sugar levels  went down and was rushed out of church during the requiem mass of the deceased Archbishop of Kampla Dr, Cyprian Kizito Lwanga.

This is not the first time Lukwago is being admitted in Nairobi Hospital, late last year  Lukwago had to cancel his mayoral campaigns as he was admitted at Aga Khan  hospital .