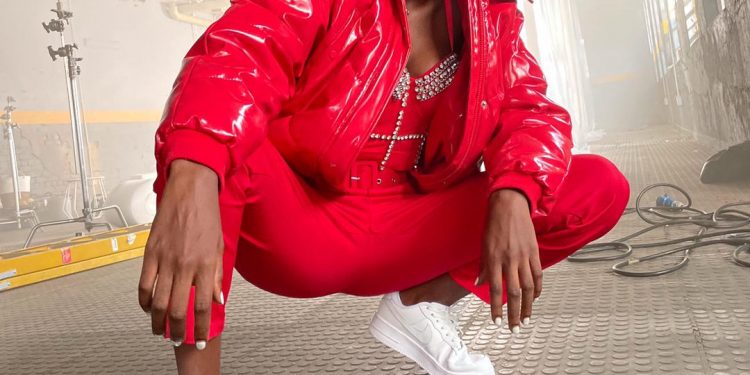 Undoubtedly the biggest revelation of last year, Azawi is back at it again. A few weeks ago she revealed that she’s finishing up works on her maiden album but didn’t give any further details.

This week on her social pages, she has revealed that her first single titled “My Year” will be dropping on 7th May 2021.

Azawi spent the Easter week in South Africa where it’s believed she was working on the final touches on the album. She was in company with Swangz Boss Benon. The Swangz Avenue artist enjoyed success last year with her hits Quinamino and Repeat it off her EP Lo Fit.

It’s rumored that Swangz has set aside a budget of 200m to invest in this album with a major focus on a bigger audience and not just Uganda.

The record label believes they finally have the artist to compete at an African level with the likes of Simi, Tiwa and Sho Mandjozi

In preparation for the album, Azawi cut off her dreads as part of a rebranding exercise leading to the album release. The Album title is yet to be released publicly but we expect Swangz release that too soon.