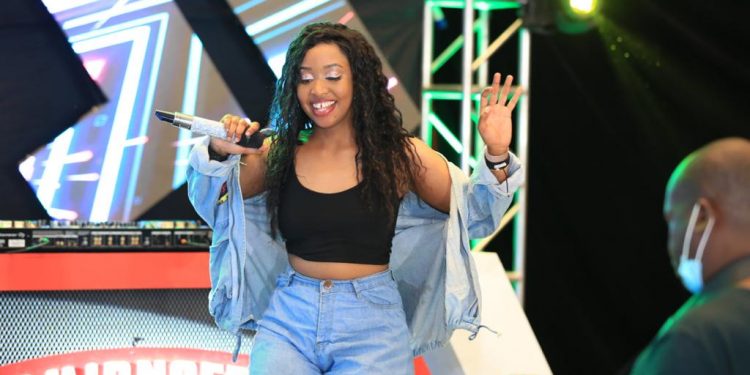 Smirnoff and NTV defied the lockdown odds and produced the biggest ultimate dance party that has for the past 52 weekends turned gloomy Saturdays into exciting evenings.

Yesterday Saturday April 24, the  Smirnoff sponsored dance party made a year of bringing the party to people’s living rooms , the night was kicked off with a special oldies edition that saw the viewer’s taken on a memory lane of all their favorite old jams.

Unlike the other shows, this dance party edition was fun packed as the NTV Mix show hosts Daggy Nyce and Etania joined Lynda Ddane, Mc Esco and Crysto Panda to celebrate the one year milestone.

However the highlights of the night were Fik Fameica , Etania dancing to Buligita and the B2C, Lynda Ddane performing  their hit song Munda awo.

Ann Nakawombe, the producer of the NTV Dance Party thanked Smirnoff for being part of the ultimate dance party.

At the beginning of the show viewers were tasked with solving the brief case mystery and the lucky winner was gifted a Smirnoff ice pack.

To crown off the night’s celebration, the dance party team cut cake.