“Any person who stands in the way of peace will be dealt with,” Army warns against planned disruption of Museveni’s swearing in 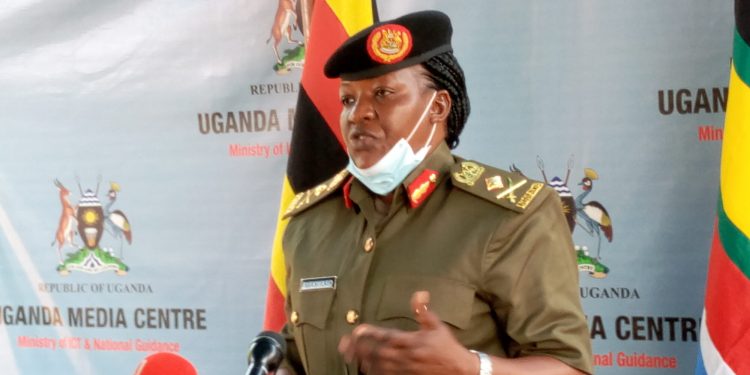 UPDF Spokesperson Flavia Byekwaso has revealed that there is a plan by “enemies of Uganda” to interrupt the swearing in of president-elect Yoweri Museveni on May 12.

Byekwaso says opposition figures have continued to spread hate speech with the help of foreigners.

“I would like to bring to your attention the continued hate speech by a section through the help of foreigners. Recently they are saying they are going to interrupt the swearing-in of the president-elect come 12th May 2021,” says Byekwaso.

She warned those involved that it won’t be possible as the security forces are ready to decisively deal with any person who stands in the way of peace.

“Ugandans are urged to desist from such, they are not productive. We urge those who are planning for such to stop because we are aware and know where they are,” says Byekwaso.

She adds, “We are all aware that the president of the Republic of Uganda has warned against tribalism and sectarianism. As security forces, we will fight negative propaganda.”

During and after the 2021 elections, security forces ‘abducted’ several political figures and supporters especially those that belong to the National Unity Platform (NUP). The armed forces claimed the group was being arrested for planning to disrupt elections and further stage countrywide demonstrations.