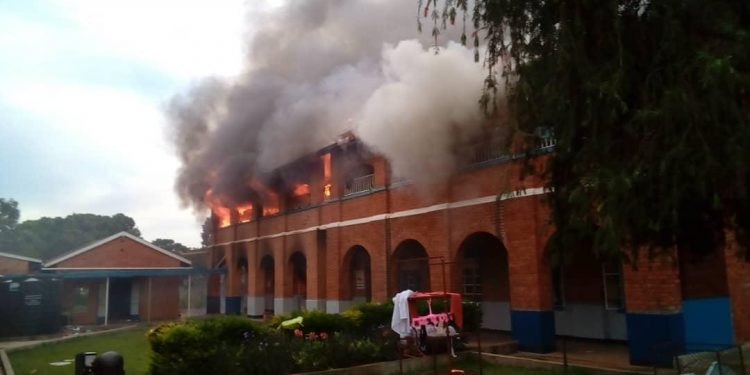 According to the school administration, no injuries have been registered; all the students are safe as the fire started while they were out for breakfast.

The Police Fire and rescue services have responded to a fire outbreak and so far they have managed to contain the fire from spreading any further.

According to police, the fire is believed to have started from one building housing the senior 3 and 1 dormitories at around 7am while students were for their morning preparations.

“Any person who stands in the way of peace will be dealt with,” Army warns against planned disruption of Museveni’s swearing in