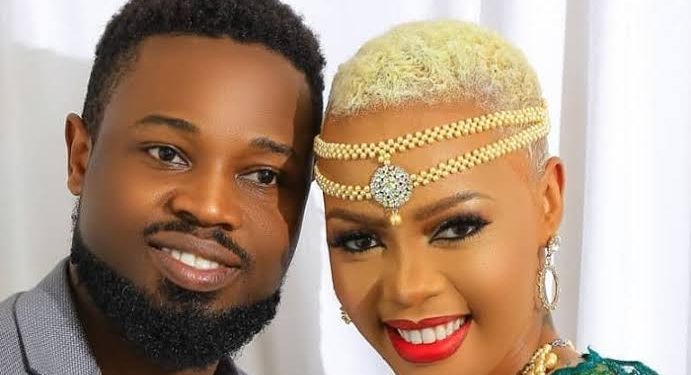 Trouble in paradise as the Andeleya’s call it quits. For a while rumors have been making rounds on different platforms that Nina Roz and Daddy Andre ‘s romance hit the rocks.

Last week the couple showed up together for the Galaxy Zzina awards and trashed the claims that the Andeleya relationship was no more. However, yesterday Wednesday Daddy Andre while speaking on a phone interview revealed that his relationship with Nina is over.
Andre said that Nina Roz turned out to be like his ex lover Angella Katatumba.

“Nina Roz was just lying to me, I think she had not come for a serious relationship, just like you saw how Angella Katatumba played her game on me its the same way Nina wanted to. She even got back to drugs I was very disappointed,”Daddy Andre said.
Andre added that Nina Roz tried to pay different bloggers to defame and portray him as a woman beater.

“She also lied about me torturing her, she used bloggers but fortunately the bloggers she used knew it very well I was in love and I had been sacrificing to help her in whatever to an extend I first put a stop on my personal programs,”Daddy Andrea stated.

He pledged to always be there for Nina as a friend despite the heart break she has caused him.

“But anyways I will always be there for her not as a husband but as a friend and I wish her the best,” he said.