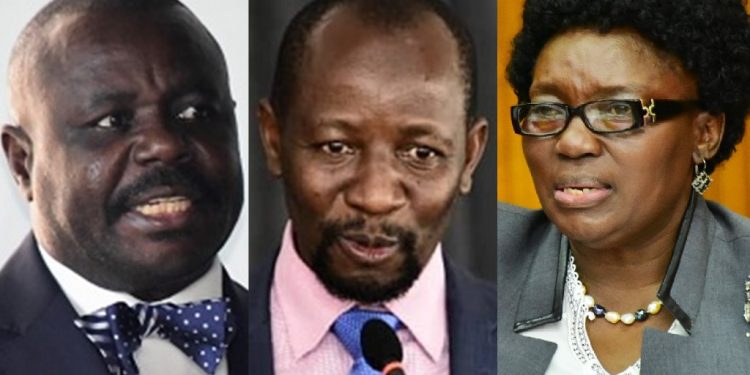 The Prime Minister who is the Head of Government Business in Parliament, Dr. Ruhakana Rugunda has written to Speaker of Parliament Rebecca Kadaga on behalf of the Executive, requesting her to convene an urgent Parliamentary Commission meeting to postpone the election of Speaker and Deputy Speaker.

Voting for Speaker and Deputy Speaker are the first activities done by Parliament after swearing in and for this year, swearing in is slated for May 17 and May 18.

However, in a letter dated May 4, Rugunda asked Kadaga to to convene an urgent Parliamentary Commission meeting to postpone the election to a date beyond May 21.

According to Rugunda, parties that will be represented in the 11th parliament might need to meet their members in caucus to decide on who to endorse for parliament’s top positions.

So far four candidates have officially expressed interest for speakership and these include; incumbent Rebecca Kadaga and her deputy Jacob Oulanyah, Rakai district Woman MP Juliet Kinyamatama all from the ruling NRM party and then FDC’s Ssemujju Nganda.