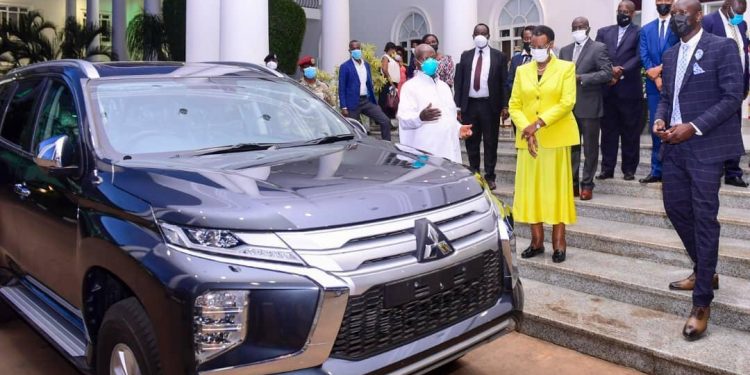 Onyango, accompanied by his mother, Musoke Olivia Onyango and FUFA officials yesterday visited Statehouse Entebbe on invitation of the President.

Onyango was appreciated for the services he rendered the country while playing for the Uganda Cranes.

The Mamelodi Sundowns shot stopper last month officially announced his retirement from the national team at the age of 35-years.

Onyango made his first debut for the Cranes in 2005 World Cup qualifying match against Cape Verde. From then Onyango became a regular for the Cranes and led by example as he has always been magnificent in goal.

He helped the Cranes qualify for the 2017 Africa Cup of Nations by conceding only two goals in six matches in their qualifying group. He has captained the Uganda Cranes at two AFCON finals in 2017 Gabon and 2019 in Egypt. He has made 75 appearances for the Cranes.

Parliament is also set to honour Onyango for his exceptional service on the national team for the last 15 years.