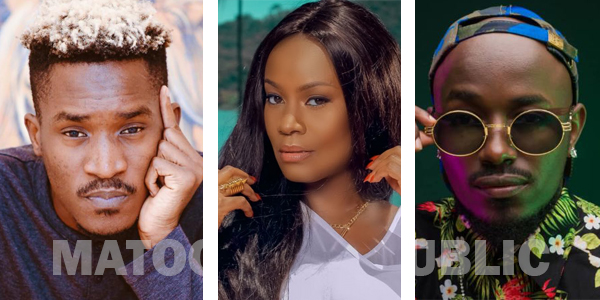 Recently, singer Alexander Bagonza popularly known as APass came out and ordered local music websites to take down his material from their platforms with immediate effect being that they use his music without paying.

The ‘Tuli Kubigele’ singer voiced his discontentment through a tweet on twitter which has caught the attention of other musicians in the industry.

On seeing A Pass’ tweet, musicians including Singer Ykee Benda came in to support by backing his fellow musician as well.

“I am also in, let all those websites that don’t pay money delete my music within 24 hours. Remove all my music,” Ykee Benda tweeted.

Similarly, a few days back, rapper GNL Zamba also joined A Pass shared his opinion stating that at one time he came out to speak against these websites, but since many of them are affiliated to media houses, they retaliated by not playing his music.

“When I came back to Uganda and did this before the Spear Album release, most people called me mad and the media houses linked to these websites stopped playing my music and also refused to nominate my works for their awards,” Zamba said.

“Their loss because real money in bank accounts is better than a spare wooden statue, glad my brother is also woke to this exploitation,” Zamba added.

Days back singer Juliana also came out and quote tweeted the post made by A Pass.

“If anyone is calling this a war, then they are part of the problem” Juliana stated.

The COVID 19 pandemic taught Ugandan musicians selling music online is another way an artiste can earn money from his/her work but the absence of a strict copyright law in Uganda has made it easy for the numerous local websites to upload music without the artists’ consent and even fail to pay loyalties after earning from this music.

This act always leaves artistes to earn from the few international music sites like Youtube, Itunes, Spotify, among others few local websites who pay artistes loyalties.