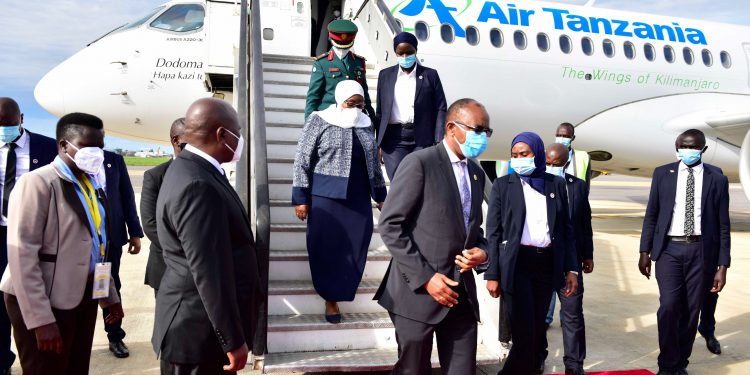 A total of at least 10 African heads of state have arrived in Uganda ahead of the swearing-in ceremony of President Yoweri Museveni.

Museveni will be sworn in as President of Uganda for the sixth term meaning he will be extending his stay in power to 40 years. He has been in power since 1986.

21 Heads of state are expected to attend his inauguration but between yesterday on Tuesday and today on Wednesday, 10 have arrived and were all received by State Minister for Foreign Affairs Okello Oryem.

Despite opposition members in Uganda deciding to shun the event, government expects about 4,000 guests.