Kadaga officially applies to contest for Speaker of Parliament 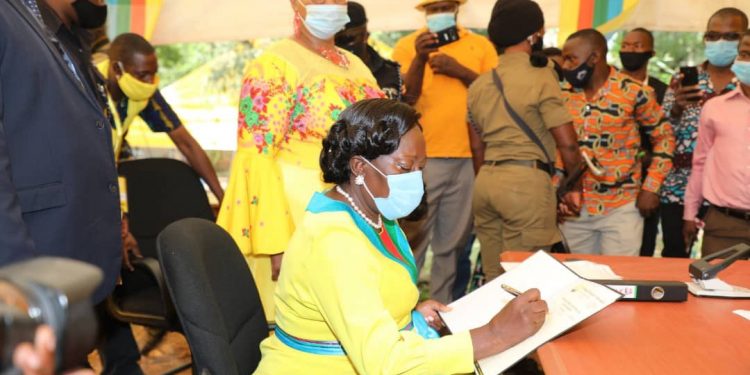 Kamuli Woman Member of Parliament (MP) Rebecca Alitwala Kadaga has presented her credentials to the National Resistance Movement (NRM) electoral commission expressing interest to contest again for the position of the Speaker of parliament. She has been speaker for two terms and she’s vying to defend her seat.

Kadaga was sworn in yesterday and vowed to immediately put in her notice for speakership for the 11th Parliament.

“The next step is to put in my notice for the speakership,” the outgoing speaker told journalists during MPs’ swearing in ceremony at Parliament on Tuesday.

The ruling party yesterday called upon its members to officially declare their intentions to run for speaker and deputy speaker by applying for the positions at the party secretariat.

It’s from those who will have submitted their interest by May 21 that CEC will sit again a day later to pick the best candidate for each of the positions to be presented before the caucus that plans to meet on May 23.

Parliament officially sits on Monday May 24 to elect a Speaker and the deputy.

Ssegirinya returns ahead of swearing in

Ssegirinya returns ahead of swearing in