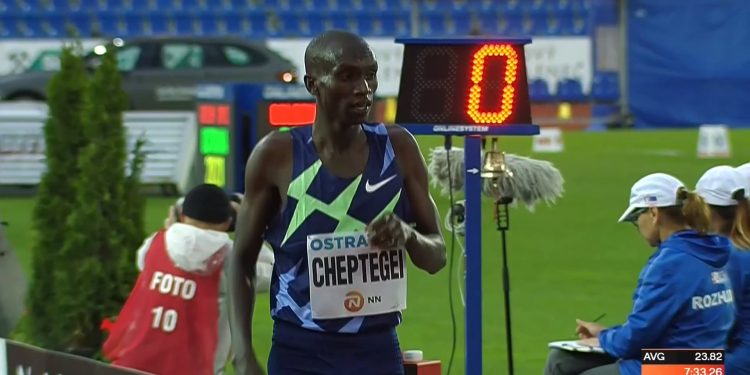 The 24-year-old was looking to break the 3,000m world record by Daniel Komen of 7:20.67, which has been the time to beat for 24 years. However, he fall short. Another Ugandan Oscar Chelimo finished third in the same race posting 7:43:00.

In the 10,000m, another Ugandan gem Jacob Kiplimo posted remarkable times as he put up an impressive performance.

The 20-year-old flew away from the rest of the field, and 25 laps later, he stopped the clock in 26:33.93. This is a new world-leading time. Before the race, Kiplimo said he was hoping to break 27 minutes, and he accomplished this goal with ease. His result now puts him at seventh-best in history at the distance.