Museveni denies taking side in Oulanyah, Kadaga speakership battle, “I never take sides among my juniors” 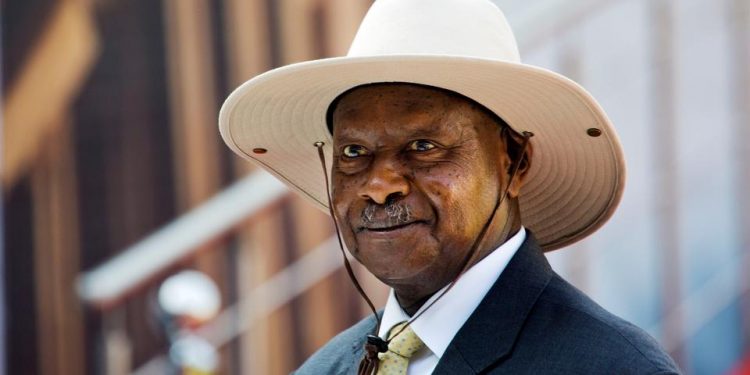 The ruling NRM party National Chairman, President Yoweri Museveni has claimed during the two-day meeting with the party caucus, he never took any side between incumbent Rebecca Kadaga and Jacob Oulanyah.

Museveni has been present all through in the House today as the voting exercise for the Speaker and deputy speaker of the 11th Parliament took course.

For the deputy speaker race, Anita Among won with 415 votes, securing her first term as Deputy Speaker. In second place was Yusuf Nsibambi with 35 votes followed by Muhammad Nsereko with 24 votes.

According to Museveni, he never ordered anyone on who to support.

“We the veterans shall never involve ourselves in politics that lack principles. If anybody heard me say vote Oulanyah or Kadaga, come and say it. I can’t do that. I never take sides among my juniors or equals because they are all my people,” said Museveni.

He said that it’s about time leaders join hands in fighting intolerance where people don’t work together with other people.

“I have never had any problem with any Ugandan who wants to work with me, even when we (NRM) fight with a group politically; when the fight is over we work with them,” he said.

The President disclosed how is ready to engage with the opposition saying; “I talk very well with UPC and DP. Recently, I also talk to a few FDC members. The people who have refused to dialogue are those of NUP.”

Museveni denies taking side in Oulanyah, Kadaga speakership battle, “I never take sides among my juniors”