Museveni to attend the speakership election 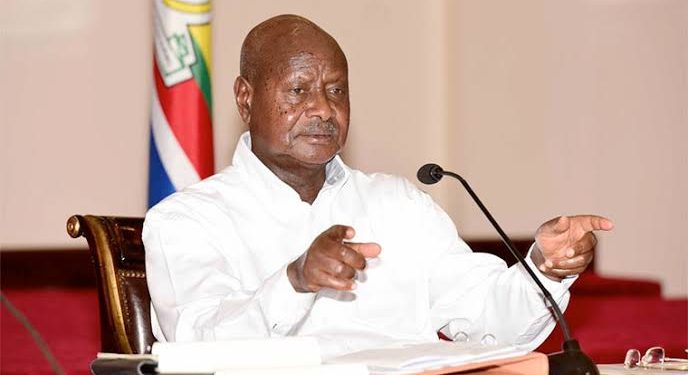 With the NRM CEC dropping Hon. Rebecca Kadaga and keeping their 2016 promise to Hon. Jacob Oulanyah, the Kamuli Woman MP has vowed to run for speakership on an independent front.

Following Kadaga’s decision to run as an independent after failing to get her party ticket, a reliable source has informed Matooke Republic that the NRM chairperson President Yoweri Museveni will be attending the speakership election.

Sources around Kololo state that SFC has already been deployed heavily and the roads around the airstrip are likely to be codoned off and traffic diverted to nearby roads.

The first time the President attended the Speakership election was in 2016 during the hotly contested race between Oulanyah and Kampala Central MP Muhammad Nsereko for Deputy Speaker.

Matooke Republic has also learnt that shortly after declaring Oulanyah the party’s choice for the post of Speaker, the President held an NRM caucus meeting with new MPs, CEC members and outgoing cabinet members.

Kadaga who is said to have stormed out of State House held a press Conference at Hotel Africana where she announced her intentions to run as an independent.

“Today I was not given an opportunity to present myself to the electorate. And the major issue why I am being pushed out is because of speaking about issues that affect the common Ugandans, ” said Kadaga as she made the announcement.

In 2016, the NRM CEC convinced Oulanyah to step down for Kadaga and promised to back him up in 2021.

BREAKING: Kadaga to run as independent in Speakership race