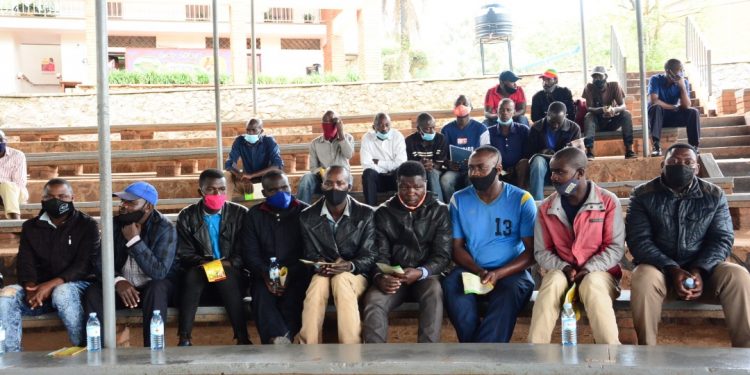 For a while, people of Kamwokya among others in Uganda have been complaining about the delay in Emyooga money but at last, a smile has been put on their faces. On Wednesday during a meeting with Mr Godrey Mangeni, the Zonal Manager at Microfinance Support Centre (MSC) took the people of Kamwokya through how the Emyooga money will be distributed to them and among the talking points was being organized and joining the already existing groups in case they are not in any groups.

The meeting that took place at Kitante Primary school has about 100 members from different groups that are in Kamwokya and the surrounding areas.
Mr Mangeni assured the groups that ever since the Emyooga was introduced by President Museveni and mobilized by Minister of Microfinance Hon Haruna Kasolo, the money has been ready and has already been distributed to the organized groups, the others will receive when they show that they are organised.

Emyooga which is a Presidential initiative on Wealth and job creation was launched by President Museveni in 2019 with a budget of shs200 billion set aside to be distributed to groups like Traders, SACCOS, Youth Leaders, Journalists, Boda Boda Associations and Teachers among others. Many groups across the country already benefited from the scheme as they have received money and even generated profits already.