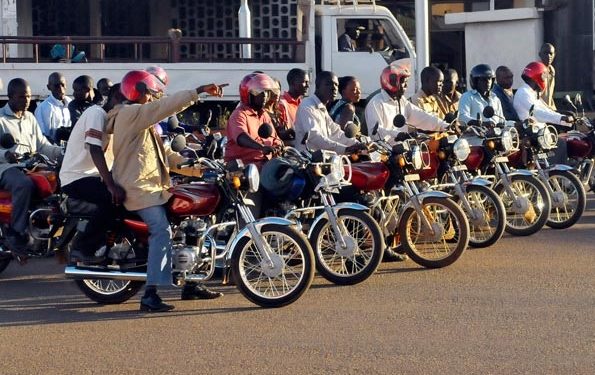 Katumba was shot at by gunmen riding on boda bodas and at the same time he was saved by a boda boda rider, a one Hakim Kasibante who rushed him to Malcom Hospital in company of other boda bodas. At that moment when Gen Katumba was yelling for help, elites who were riding in their posh car just passed him.

Today, the Boda Boda is mostly a motorcycle taxi, popular for beating the traffic in urban settings and reaching remote areas and villages with no regular taxis. With the expulsion of Boda Bodas on the road, there is good news and bad news.

Majority of the riders have not had formal training hence many elites always refer to them as hooligans.

The good news is, besides Boda Bodas providing transportation options and job opportunities to riders, We all have that one boda guy you call ‘owa boda wange’ who you reach out to when in need of boda boda services.

The needs vary we all know that, some use them to ‘deliver’ their part time partners, if you know you know, others use them to deliver them food and other home use items etc.

However, there is always a thin line between owa boda wange and ekya boda.

On a larger note, majority of the high profile killings in Uganda have been executed on boda bodas.

Two years ago, police spokesperson, Andrew Felix Kaweesi, his driver and bodyguard were shot dead by unknown assailants on a motorcycle, about 100 metres from his home in Kulambiro, Nakawa Division in Kampala.

Three years ago, gunmen shot still moving on boda bodas dead Sheik Maj. Mohammed Kiggundu, at Masanafu, a Kampala suburb. His bodyguard, Sgt. Steven Mukasa was also shot dead. The two were driving to the city in a UPDF pick-up truck at around 7:30 am.

Four years ago, unidentified assailants riding on a Boda Boda motorcycle gunned down Joan Kagezi, the senior principal state attorney in Kiwatule, a Kampala suburb, where she had made a stopover to buy fruits. Afande Kirumira and Col Ibrahim Abiriga all met their death at the hands of gunmen riding on boda bodas.

All the above are high profile missions executed on boda bodas, but even the Muntu wawansi has faced a lot of misery at the hands of boda boda riders from robberies to murders not forgetting accidents.

In 2019, an investigation by Kampala’s Mulago hospital found that 40% of its trauma cases involved a Boda Boda. Around 7,600 people are killed in road accidents in Uganda every year, according to the World Health Organization.

INTERVIEW: I don't need a reward, I help without expecting anything in return- Boda man that rushed Gen Katumba to hospital speaks out