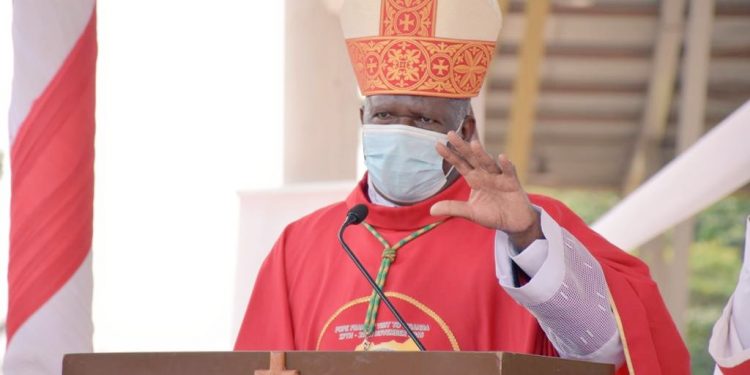 While addressing the pilgrims at the Namugongo Catholic Shrine, the chairman Uganda episcopal Conference Dr. Anthony Zziwa said that the murder of the Uganda Martyrs was master minded by Mukajanga but the same reasons why we are condemning Mukajanga keep reoccurring.

“We are seeing the torturous things Mukajanga did to the martyrs being done to the people now. How can we condemn Mukajanga yet there are so many Mukajangas now,” stated Dr.Zziwa.

He  also asked the government to release the political detainees or charge them in proper courts of law. During the recently concluded general elections, people from the National Unity Platform camp were arrested.

Well as some have been released a great number of people still remain remanded at Kitalya Prision.

The Deputy Speaker Rt.Hon.Anita Among who was in attendance promised to present all the complaints raised and urged the public to get united.

“We have heard all the complaints and promise to bring back feedback the next time we return. We request the public that elections are over and urge people to get united. We need unity and peace and the leaders, we need to preach about this peace and implement it. Government is committed to reconciliation,” stated Rt,Hon. Among