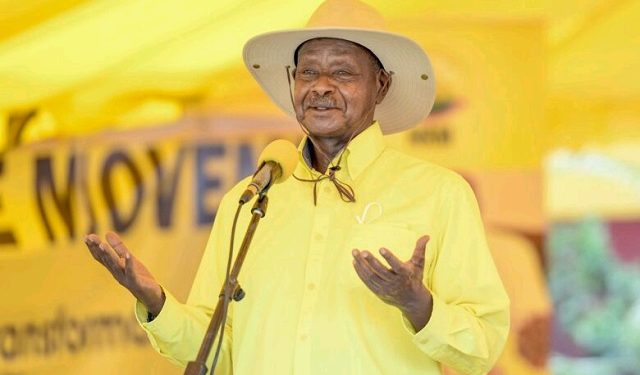 President Yoweri Museveni is today expected to deliver his first State of the Nation Address in his new term of 2021- 2026 today June 4.

For starters, the address is expected to highlight achievements of his government in the past 12 months and give a way forward to challenges facing the Government.

While opening the 10th Parliament in 2016, Museveni outlined his five key issues that included; peace, development of the infrastructure and the human resource; wealth creation, job creation, and market access as major drivers towards economic stability for the country.

At a time a spike of lawlessness had hit the country involving the murder of AIGP Andrew Kaweesi, Sheikhs, Major Kiggundu and Joan Kagezi among others.

To curb these, he said that there was need for heavy investment in street cameras by both government and private individuals with the ability to do so.

Over Shs300 billion has been spent on cameras across the country, but here he comes back to deliver another speech a few days gunmen attempted to assassinate former Army Commander Gen Katumba Wamala.

Therefore we expect his to tackle emerging issues such as insecurity in the country yet cameras were installed. Also he has to address the COVID-19 that has dominated headlines over the last few days.

Unlike in the previous State of the Nation Addresses where the President has had to make a physical presentation of his speech at Parliament, the event is expected to be ‘scientific’ due to Covid-19.

It will be held at the spacious Kololo Independence Grounds in order to cater for observance of the social distancing measures.