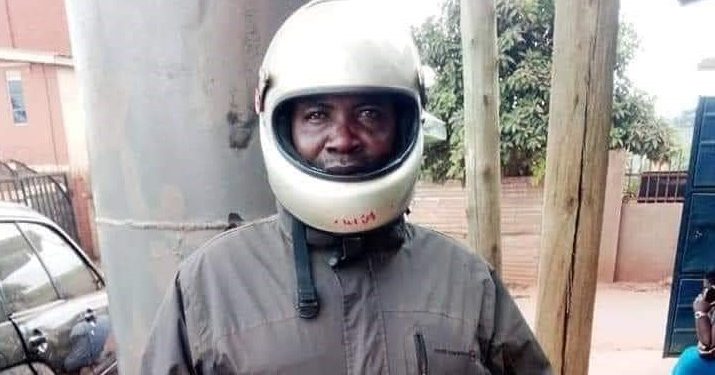 Following a failed attempt to end General Katumba Wamala’s life, Hakim Kasibante a motorcyclist has been carrying out interviews disguising as the boda man that evacuated the general to Malcom Health Center for first aid.

It has however come to our notice that Kasibante is not the boda man that helped the general. Kasibante’s motor bike registration number is UEB 596 while the number plate of the motor bike that drove the general to the clinic is UEL 693D.

Kawuki also confirmed to the media that he is the right boda man who helped the general.

“I was from dropping a customer and while coming back I meant gathered and asked them what’s going on they told me that thieves have shot a police officer I got next to the car and I saw  General Katumba bleeding while crying and I asked him to jump on my boda. He looked confused. He was crying and the only thing he kept saying was, ‘My daughter, my daughter I took him to hospital even I am the one who helped nurses to undress him,” said Kawuki.